While I was wandering the lobby of the Boulevard Inn and Bistro in St. Joseph on Thursday, I came across a brochure talking about a Veteran’s remembrance event that was happening over the weekend called Lest We Forget.  They were doing war re-enactments including beach landings.  I thought it might be very cool to check out.  Over dinner, we realized that there was a ride scheduled to escort the Michigan Vietnam Memorial Wall through the city to the event site.  Very excited, we decided to make plans join the ride. 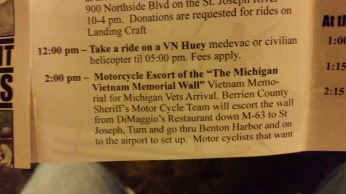 I have to say, it was a very unique and humbling experience.  I am so happy that we decided to join up.  Along the route there were people on the side of the road watching, waving flags, and some even saluting .  We had a police escort and cars pulled over and waited for us all to pass.  At least one person pulled over,

got out of his car and saluted the entire procession.  Then when we reached the airport where it was all being set up, we turned into the entrance that was lined with flags, each one dedicated to a veteran who did not make it home.  The feeling of it all is something that just can’t be explained.  Many of the riders were Marine Veterans and their stories were so interesting to listen to.  Once we arrived and the Wall was delivered, we looked around at the different exhibits.  Some were just starting to be set up but there was still lots to look at. 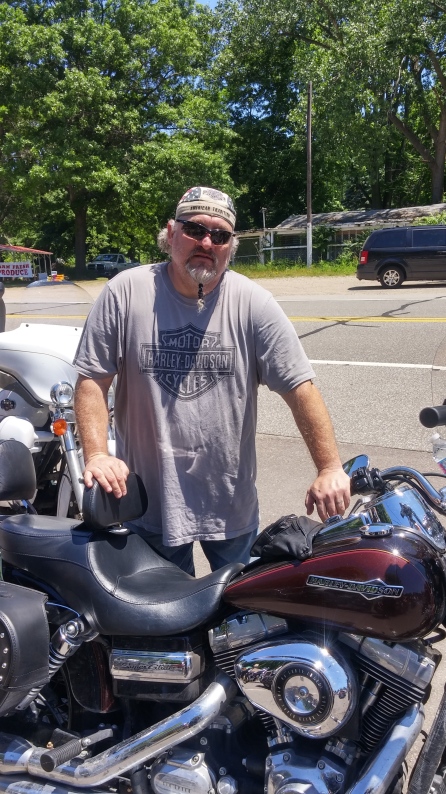 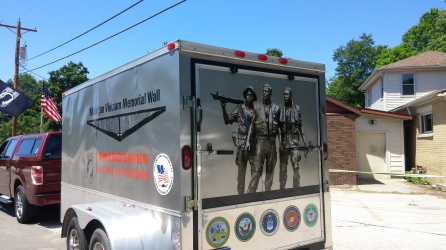 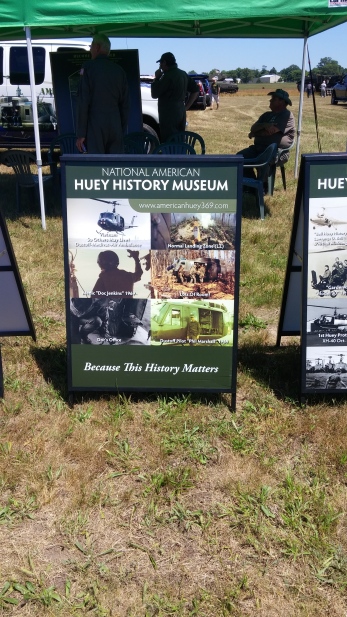 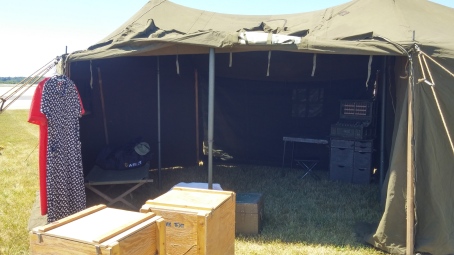 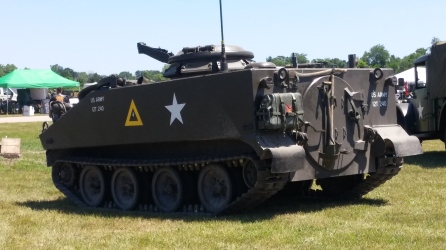 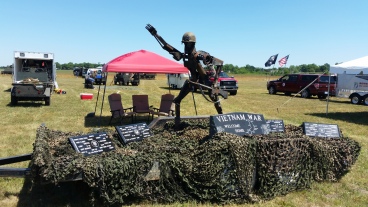 I was very excited because I was able to take a ride in a Vietnam Huey medevac helicopter (with the doors open).  It was by far one of the most exciting and amazing things I have ever done.  I would do it again in a heartbeat.  One of the coolest things about the ride were the people that I was on the ride with.  They were some of the guys that were on the ride escorting the wall and they were Marine Vietnam Veterans.  One of the guys was really affected by the ride.  He hadn’t been in one since the war and it made him very emotional, he even teared up a bit.  I wouldn’t trade the experience I had for anything. 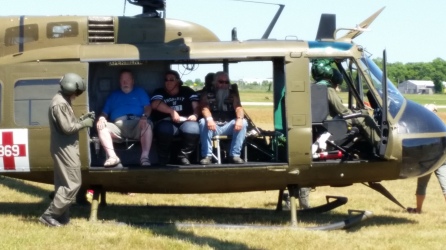 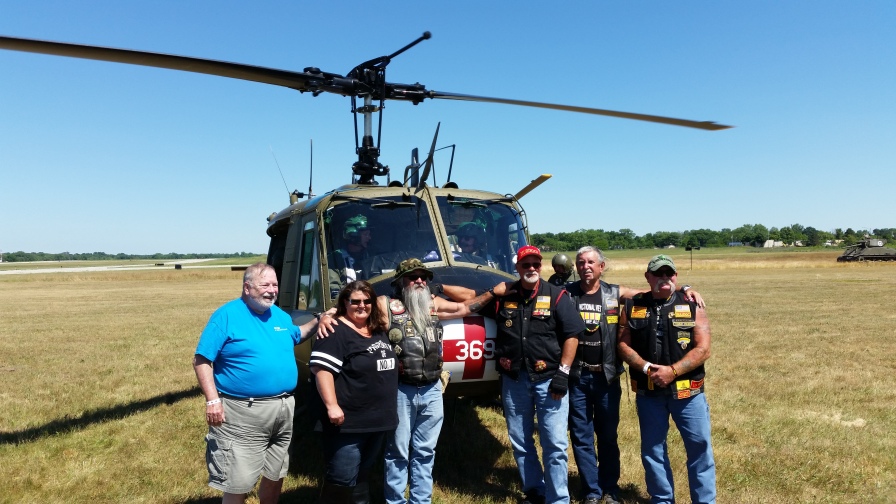 One of the things that I have noticed since we arrived in the state of South Dakota and then forward on this journey is that these states have a definite respect and appreciation for veterans, more so than I have ever seen in the southwest states.  It is very obvious and apparent where ever you look.  I appreciate that coming from a military family and being married to a veteran of my own.

If you get a chance to go to one of the Lest We Forget events, I encourage you to do so.

One thought on “Lest We Forget”