****Disclaimer****   We are going back in time…….The motorcycle is in Ohio getting some much needed check ups and repairs.  In the mean time, I have some family obligations to take care of….that being said, here is a look at what we did over the 4th of July.  Enjoy! (or not..haha)

Our son, Kylar, had the USA Fencing National Competition in Dallas, Texas over the fourth of July week so we took a plane there.  There wasn’t time to ride there, 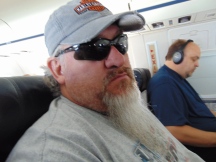 watch the competition, and then ride back.  So American Airlines it was.  We enjoyed the flight, well, the second part. We flew from Kalamazoo to Chicago on a tiny little plane (which is why Kirk looks so grumpy, or maybe that is just his normal face, who can tell).

We encountered some fun in the Chicago airport. 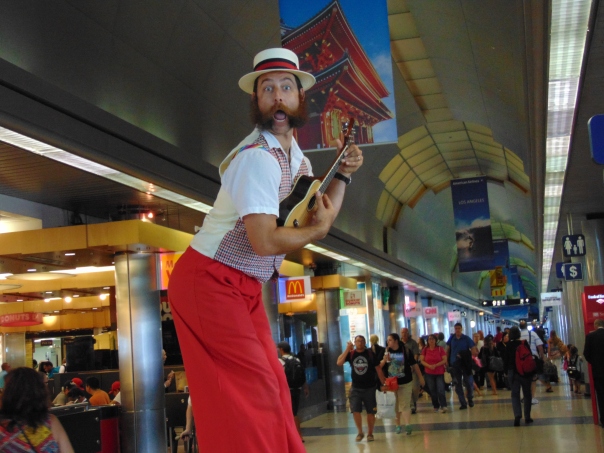 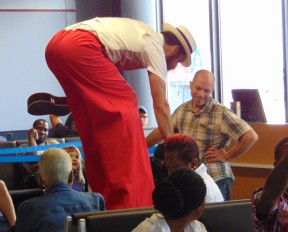 Of course, Kirk had to get in on it. 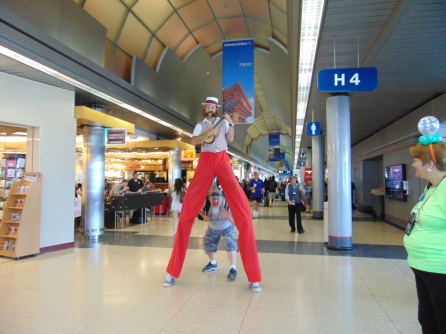 Then from Chicago we flew to Dallas on a regular plane first class (he was much happier), who can forget our fun flight attendant Jordan?

We made it to Dallas and spent the next 6 days attending fencing events.  Kylar competed in the Senior Saber Team competition.  His team came in 16th. 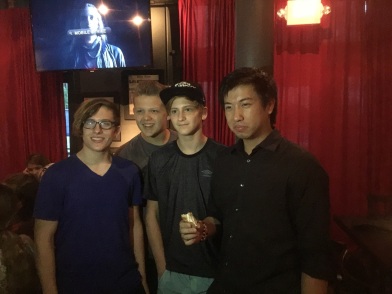 Then he competed in the Division3 Mens Saber competition.

He ended up 91st.  I know that sounds bad, but you have to remember that he is 91st in the entire nation and has only been fencing for a year, so that is pretty good. 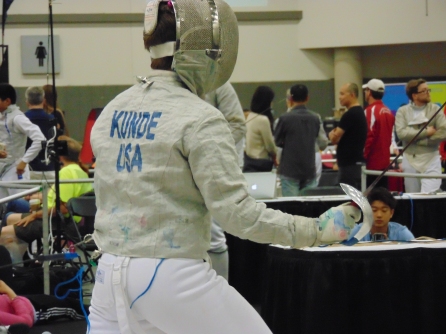 His coach competed in the Veteran 50 (that means you have to be 50 or older to compete) and took Gold! 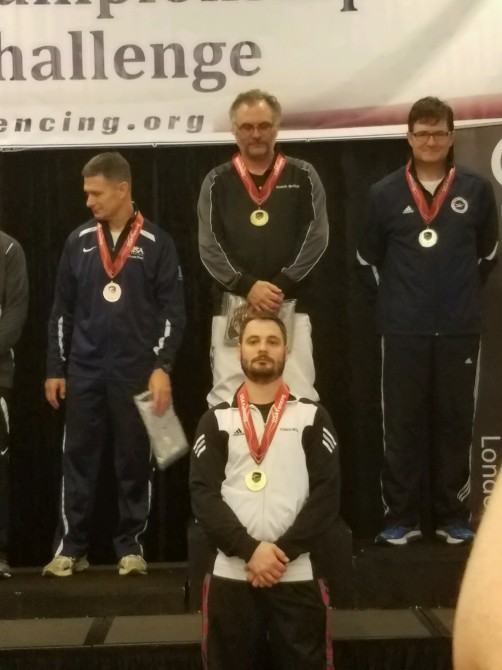 We watched many of his teammates compete (including his girlfriend, Annika) and enjoyed several team meals.  It was a good time.  The fencers at his club in Arizona (Fencers Club of Arizona) are  great group of crazy kids that have fun and compete hard. 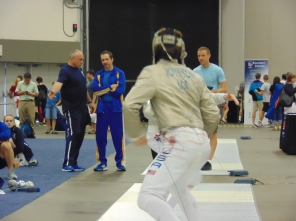 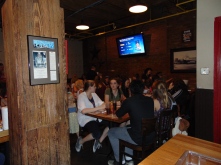 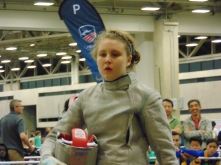 There were lots of shinanigans going on (as usual).

In addition to the Fencing Nationals, boxing and volleyball nationals were also being held in the same complex.  All the kids went and watched different sports.  It was a ton of fun.

We did take an afternoon and visit the JFK Memorial. 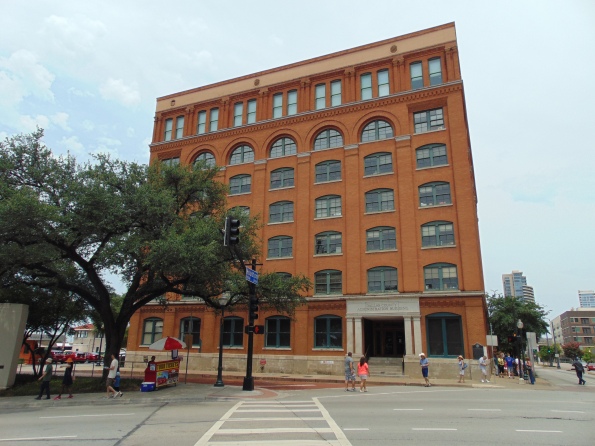 The building JFK was shot from. 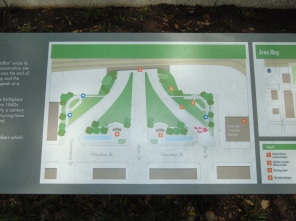 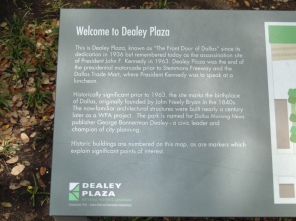 I want to insert something here.  We left Dallas the day before the shootings.  Some of Kylar’s teammates were still there, in fact, they were eating dinner about a block away when it happened.  Everyone is ok, but it was very scary.  I want to say that my heart goes out to the families of those that lost their lives. 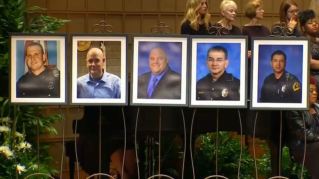 Kirk flew back to Michigan on Tuesday to go back to work. After the competition Kylar, Annika, and I headed down to Fredericksburg, Texas with my parents to spend a few days with them.  I love spending time there.  If you ever get a chance to go I would do it.  It is a quaint little German town, with boutiques and restaurants and rolling hills.  We went to the bat cave and watched the bats head out to find their dinner.  We went to Enchanted Rock, had a picnic and let the kids hike a bit.

We ate at the Alamo Springs Cafe.  Now this is one place that you can’t miss.  They have the best burger.  People come from all around to eat there.  They have live music on the weekends and their drinks are on the honor system.  You go and get your own drinks (including beer and pouring your own wine) and then when you check out, you just tell them what you had to drink.  Definitely check it out.  They even have a large concrete pad to park motorcycles on. 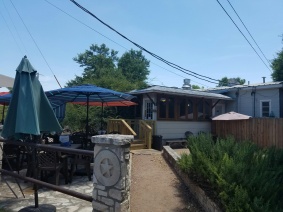 It was a great visit with my son and my parents.

Join 32 other subscribers
Follow The Road and The Nestless on WordPress.com