We woke up tired and moved slowly getting ready.  Kirk of course was happy because he got more scrapple. (How he eats that stuff I will never know.)  Once we got things ready, we headed to the coast in Delaware and followed it along until we got to Ocean City, Maryland for the festivities.

We started out at the convention center and checked out all of the vendors there. 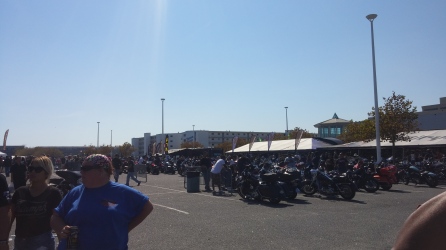 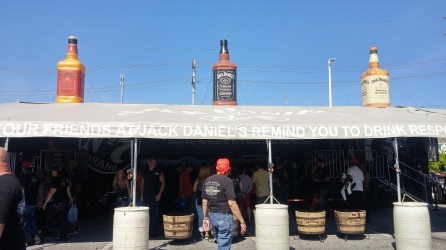 It was way too hot on the pavement there so we headed to a restaurant for some air conditioning and food.  When we were rested and fed, we rode over to the pier to check out what was going on there. 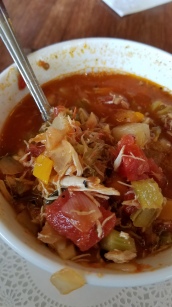 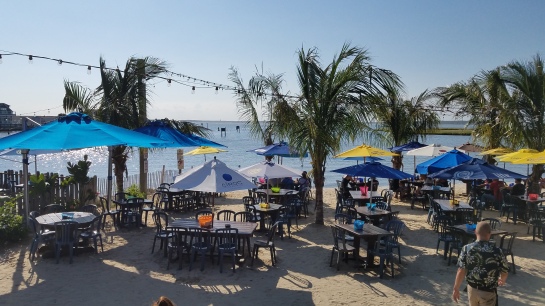 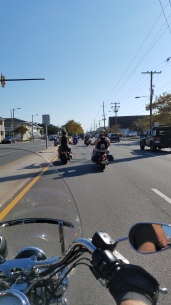 It was a little bit of a mess.  The website said that you would have to pay 20 bucks to park there unless you had the weekend event pass, but I believe that it was such a confused mess that they decided not to charge anyone anything.  We went where we were directed and the people directing the traffic in the parking lot were at odds about where we were to go and things were very crazy.  We finally found a place to park and headed into the venue area.  I have to say, I was not impressed. 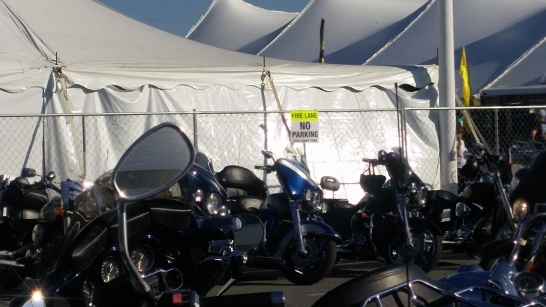 I have been to several bike events and this one was probably my least favorite.  There were not very many vendors and the area was small. We walked around a bit and of course Kirk had to go and get some famous Thrasher’s Boardwalk Fries (soaked in vinegar of course).

We saw some interesting sites and things.

We watched the Three Doors Down concert, which I was excited about, then it was time to go.  They closed down the pier area at 9pm and everyone had to get on their bikes and go which was crazy. We did manage to find some new low profile, DOT approved helmets, so that was a good thing. 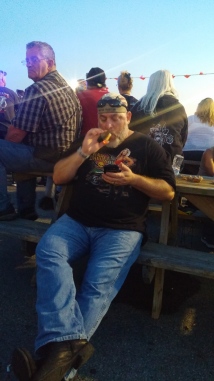 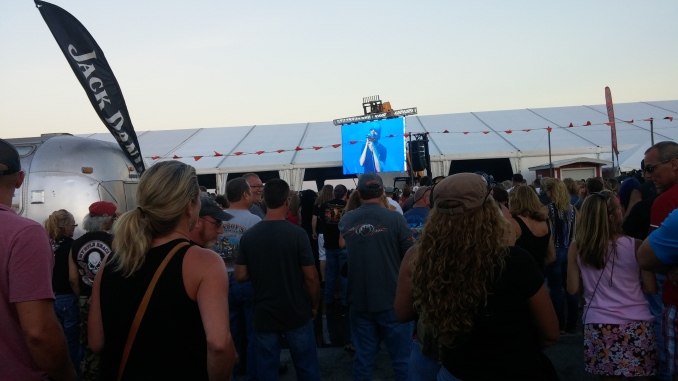 When we had to leave the pier, we stopped at a place called  Fish Tales. We met up with Kirk’s cousin there and had some dinner and a few drinks. (They did have a few vendors there too) 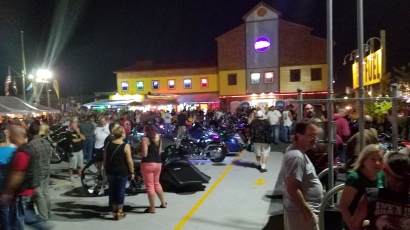 When we were done for the night, we headed back to Delaware and stopped at a crazy bar that apparently during the day, for bike week, had midget gator wrestling and midget paintball.  You actually shoot a paintball gun at a midget while he runs around and tries to hide behind different objects, after he wrestled an alligator.  Needless to say, the media criticized them over these politically incorrect events. We didn’t stay long. It had been a long day (and the place was weird.)

All in all, I would go back to Ocean City, maybe even during bike fest, but I wouldn’t pay the fee to get into the specialized area.

One thought on “OC Bikefest”