We flew back to Fort Myers and picked up the newly updated bike.  We added new foot pads for Kirk, moved the controls forward and added an engine guard with highway pegs. 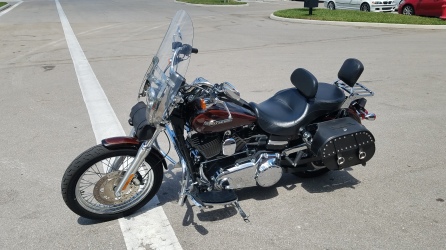 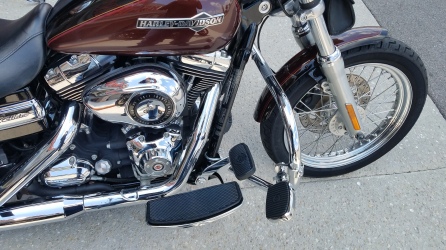 After getting everything settled with the bike, we headed towards Everglades City, Florida.  Things were going well until a storm suddenly appeared….and when I say storm, I mean lightning, thunder, the biggest rain drops ever, and even hail.  We could barely see, and it was like being hit with a million bugs and rocks at the same time.  There is not a lot between Fort Myers and Everglades City, and we couldn’t see so, when I saw a small strip mall I pointed Kirk in the direction and we rode up onto the sidewalk to try and get some cover.  Luckily all the businesses there totally understood.  We waited for it to pass, at least enough to move on.

I checked the weather radar and knew another one was coming fast so we headed out trying to make it to the hotel before the next big wave.  We ran into a few more small storms and just kept riding.

Finally, soaking wet, we made it to the hotel.  Unfortunately they did not have a washer or dryer, nor was there a laundry mat in the small town.  So after pouring the water out of our boots…..literally, I rigged them up on the heater and tried to dry our clothes the best I could.

On the up side, the hotel was very nice and clean and the restaurant next door had good food and friendly service.  We did ride to the local little grocery store (if you could call it that) and got something to drink….we really needed a drink after the day we had.  We got our food to go and holed up in the room waiting out the rest of the rain and trying to get warm and dry.

The next morning, Kirk’s jeans still weren’t dry so he opted to wear shorts and his chaps for the day’s ride. We were headed to Key West but had a private airboat tour in the Everglades scheduled along the way.  It was really an amazing experience….and it finished drying my jeans and boots…haha 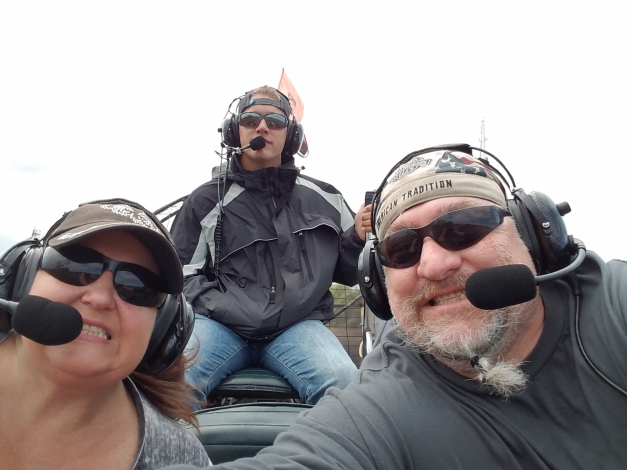 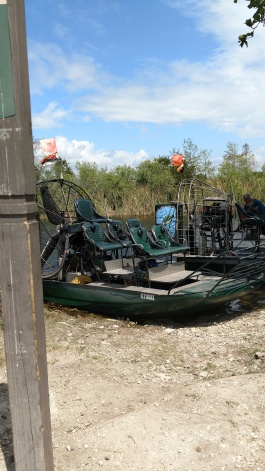 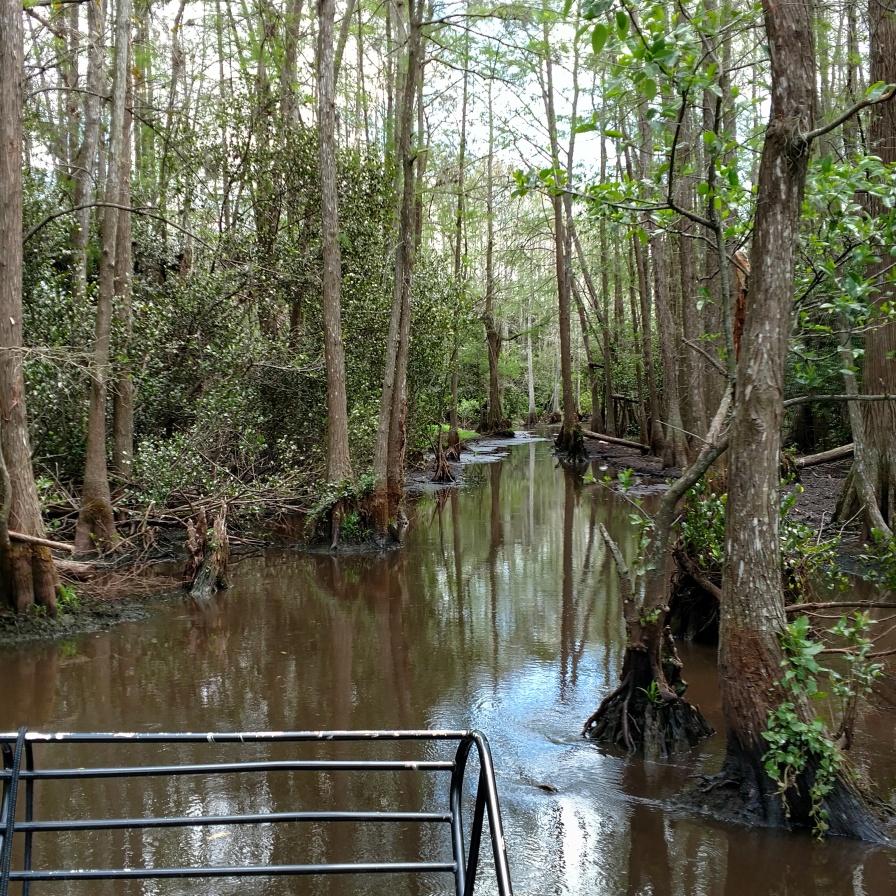 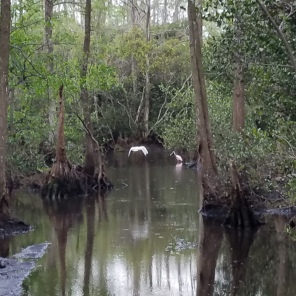 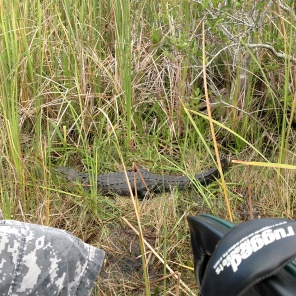 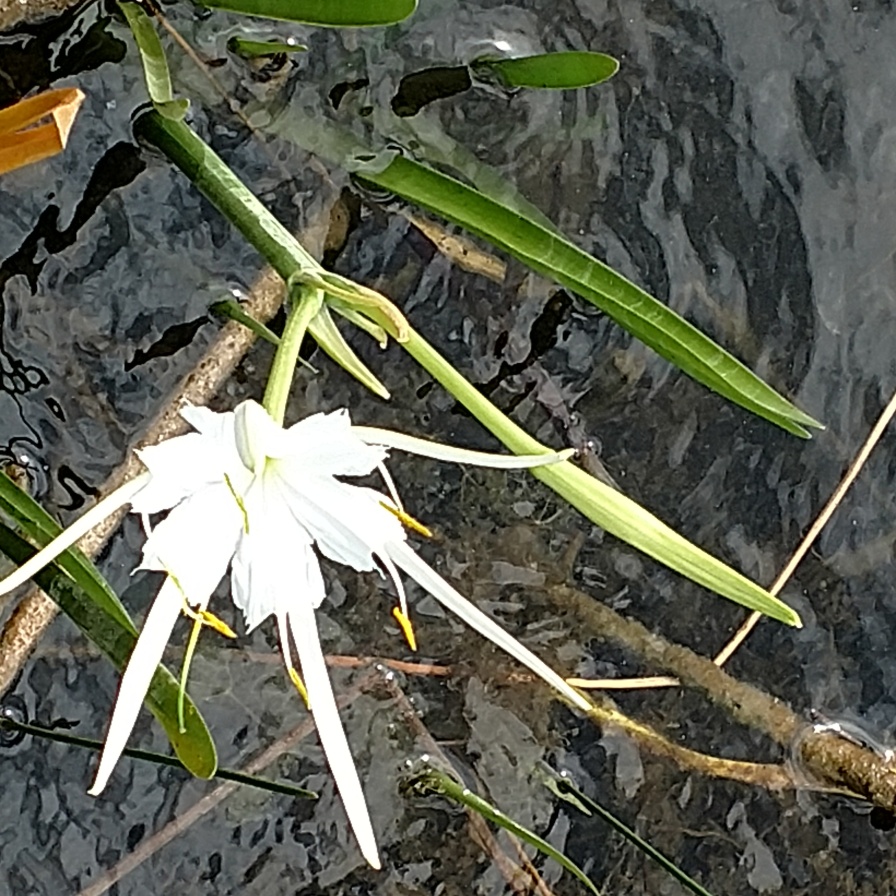 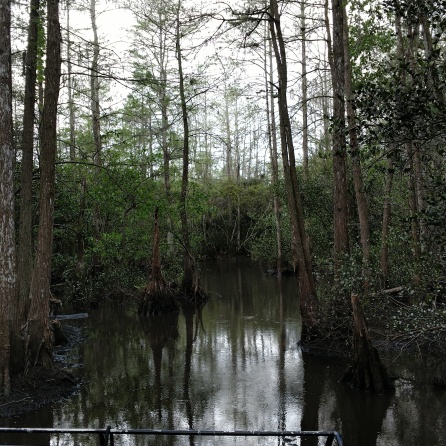 It rained off and on during the day but we kept going determined to make it all the way to Key West.  We crossed the long bridge that leads into the Keys and stopped just on the other side at the first and last stop in the Keys for a late lunch, some rest and to dry out a little bit. 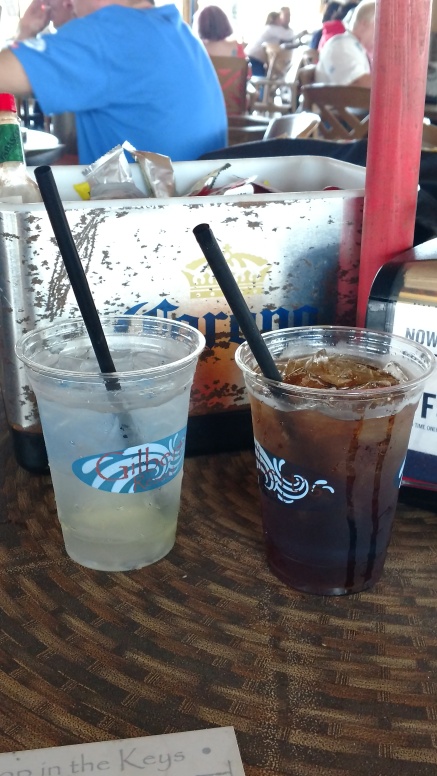 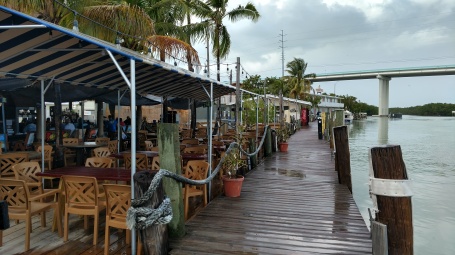 Once we were well rested we were on our way.  We still had 100 miles from Key Largo to Key West. We traveled over the famous 7 mile bridge, and arrived at the southernmost point in the continental United States. We made it to our hotel where we were greeted with sparkling wine and a beautiful room.

We explored the hotel a bit and then walked over to a cigar bar that I had heard about.  It was an ok place, but what was really interesting was watching the girls at the “gentleman’s” club across the street fight over who knows what and watching the drunk people walk by.   We checked out another little bar down the road a bit ( this is the place where I went to the bathroom and found someone’s underwear thrown in the corner…quite interesting…haha) before calling it a night.

We were exhausted when we walked back to the hotel but we had a great first night in Key West.

4 thoughts on “Alligators and Champagne”