The next morning we got up and actually got on the road early (for us).  We rode over the Sagamore Bridge and into Cape Cod.  Took a few pictures of the beach and headed towards Pennsylvania. 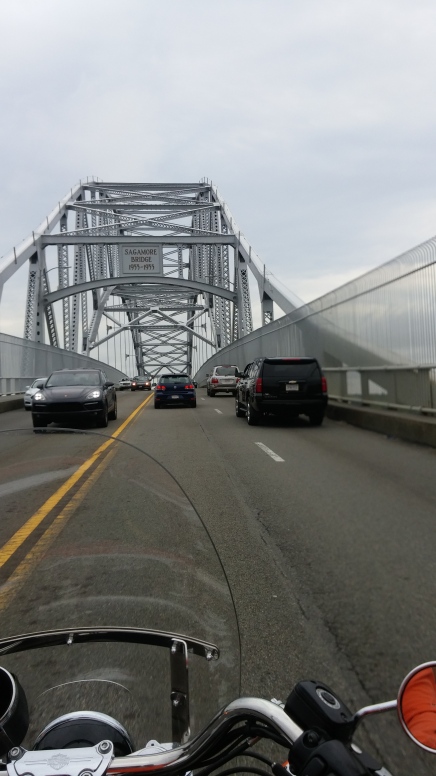 We were riding along the coast as much as we could and then going inland making our way to Lock Haven, Pennsylvania.  My cousin lives there and we were going to meet up for dinner and then spend the night at her house.  We left Massachusetts, went through the bottom of Rhode Island and into Connecticut.  The rain clouds were ever present and looming around us.  I was keeping a close eye on them hoping that we would be able to stay out of their reach. 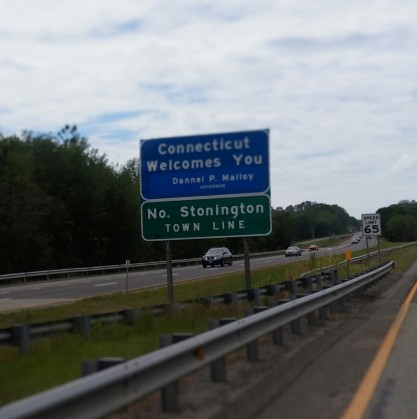 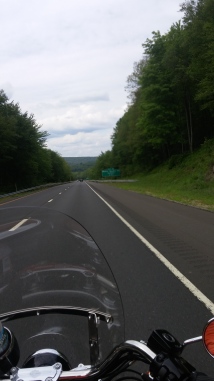 We headed into New York  watching the sky very closely.  The roads were very bumpy and full of pot holes, and somehow jarred the mirror loose on the bike. We stopped to fix it and I checked in with my cousin.  All was on track …..and then the storm came!  We saw it in the distance and it looked really ugly.  We stopped at a rest area and put on our rain gear and headed out.  It was way worse than we thought.  We had to go very slow and stop several times.  My “rain” pants ended up not being waterproof.  My boots filled with water, and it was raining so hard that the rain was pouring down my face and running down my neck under the collar of my rain jacket and soaked the front of my shirt.  It was not fun. 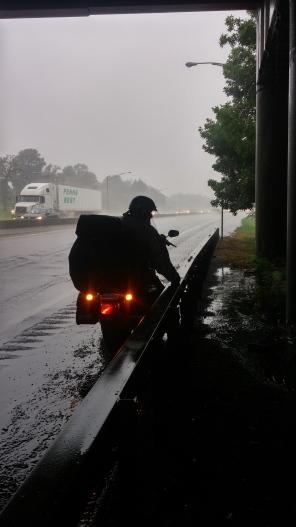 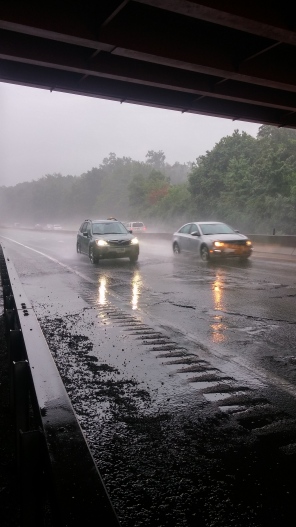 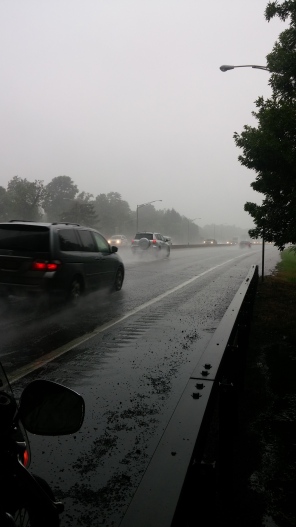 We entered Pennsylvania and we finally were able to out run the storm and found blue skies.  We decided to stop at a truck stop and change clothes and socks and shoes and finish the trip.  We only had about 100 miles to go and it was getting late so we were anxious to get to my cousins house.  We were a little nervous because we had some twisty mountain roads to ride in order to get to where she lives and the sun was starting to go down.  Not to mention that with all the rain it became very apparent that we needed a new front tire and soon.

Shortly after getting back on the road, we saw the lightning, the clouds and then the rain started again.  Well, we gave up.  We found the closest hotel and stopped for the night.  It never felt so good to take a hot shower and climb into a warm bed.

The next morning, refreshed, we threw our boots and wet clothes into the dryer at the hotel hoping to get them dry before we left.  The clothes got dry but the boots were still a bit wet.  I tried using the hair dryer for a little bit, but then we just gave up, put on our damp boots and hit the road.  We went through Williamsport, PA and passed the Little League World Series location. 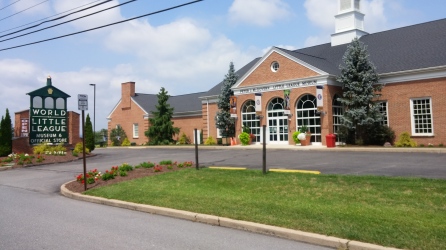 It was a beautiful ride through the mountains to Lock Haven, PA with lots of twisty roads.  Nothing better on a bike than seeing that S curve sign, in my opinion. 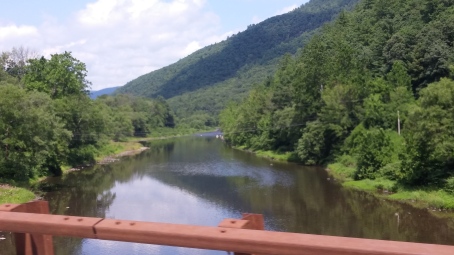 We had a nice rest, lunch and visit with my cousin then it was back on the road and off to Akron, OH where we will be for a little while. (We did see some strange things on the road, like the crazy boat in the picture) 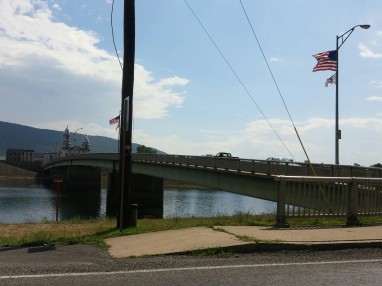