We woke up and headed to the Cleveland airport before the sun was even thinking of coming up.  I hate early mornings.

We got on our plane and headed to Philadelphia to get the bike.  After landing, we caught an Uber back to Barb’s Harley-Davidson, where the bike had been stored. We had to pick up the bike and get on the road.

We stopped at a little diner to eat breakfast before heading to Atlantic City. It was a short trip.  I had never been there so I wanted to spend a little time looking around and doing some gambling. I miss being able to jump over to Vegas for a weekend. We went to Ceasar’s Palace, walked around a bit and then settled in at the Pai Gow tables at Bally’s next door.  If you have never played Pai Gow before, you should try it. It is super fun and easy to learn. The first day we ever played, Kirk was dealt 5 aces and we were hooked. Anyway, we stayed there for a few hours, made some friends at the table and ended up winning about 300 dollars..so ..yay us! 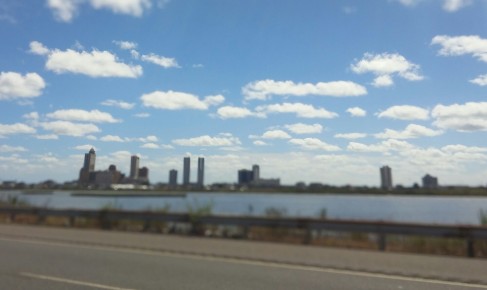 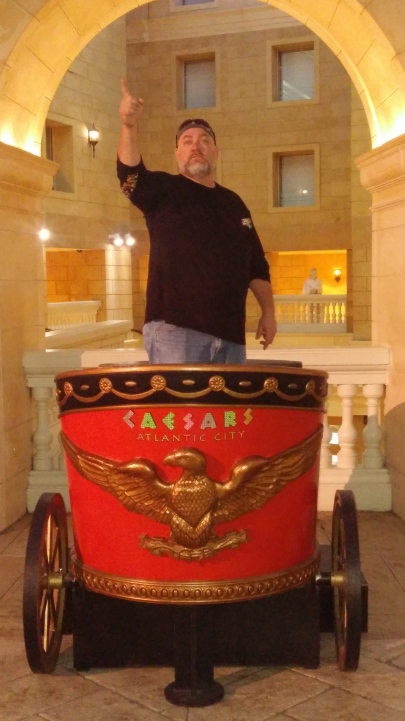 When we were done, we headed down the coast to Cape May to catch the Cape May-Lewes Ferry to Delaware.  It was a new experience, our first time taking the bike on a ferry.  We parked in a line with some other motorcycles and then went to the terminal to grab a bite to eat before boarding the ferry. 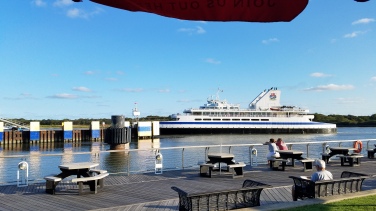 Once on, it was very nice and relaxing.  We grabbed a drink at the bar and watched as we made our way across the Delaware Bay. 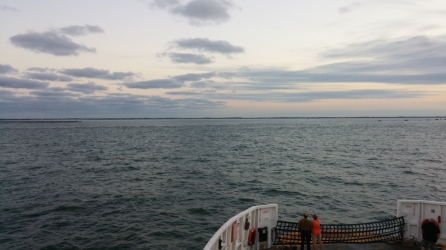 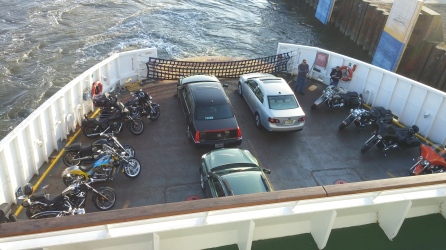 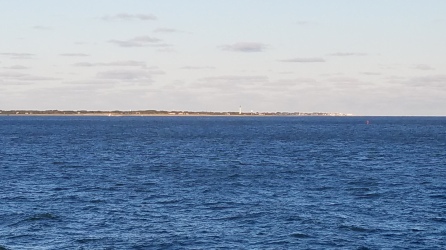 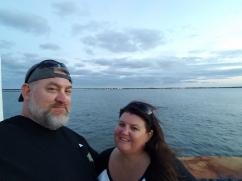 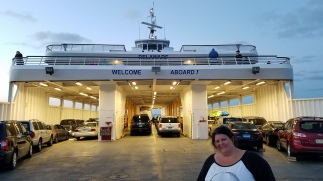 Once we made it to the other side, we headed to Kirk’s cousin’s house in nearby Gumboro to rest up for the next day in Ocean City.